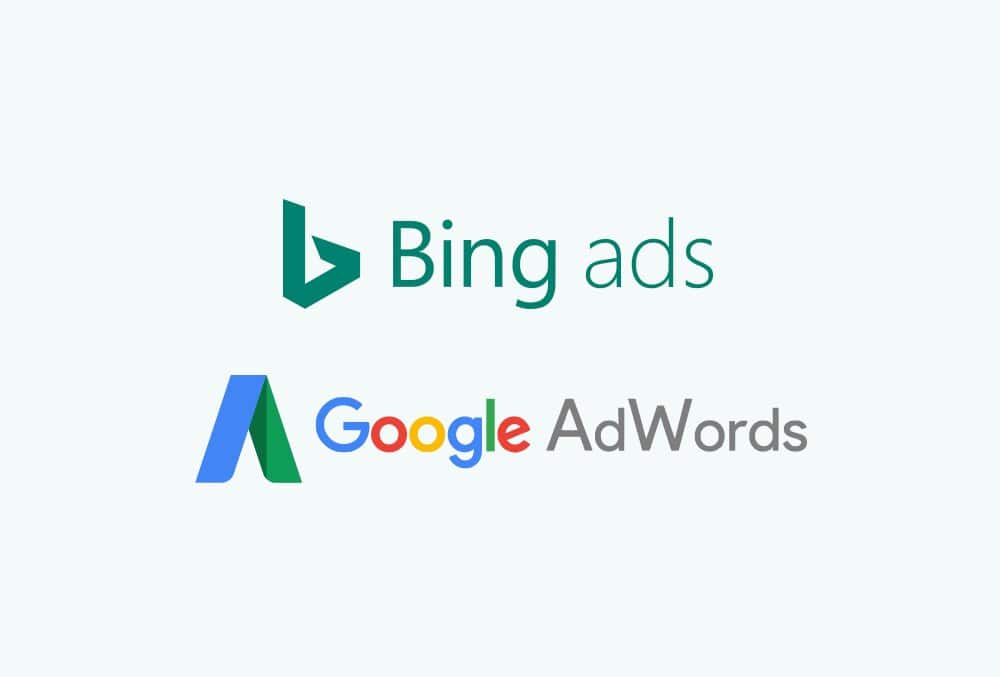 Bing Ads vs Google Ads. Why is Bing a good investment?

It is clear that Google is the main search engine in most countries with a share share of more than 70% compared to other search engines, but why not try to capture that part of the market that is there?

Not to consider in our strategy to the rest of search engines like Bing, it can be a mistake, especially if we want to advertise our products in other countries where the difference of users between Adwords and Bing Ads is lower.

And if this argument is not enough to convince you, I will tell you that it is possible that after optimising your Adwords Campaign, at that time when you face an already mature account, Bing can be the best solution, because it will allow you to expand and increase the demand for your products.

This is why as Digital Menta , we will try to show you the main differences between the two advertising platforms, so you can launch and impact new users.

In general, Bing ads works in a similar way to Google Adwords, choose a few keywords that will activate some text ads using an auction system among advertisers. So much so that Bing has a functionality that allows you to import your campaigns directly from Google Adwords to the Bing platform.

But there are important differences to take into account, which will serve us to improve the performance of the campaigns.

The first difference is obvious but it is not to be pointed out. If you advertise in Adwords, your ads will be shown in the Google search engine and its partners as Ask.com. By cons, if you advertise On Bing ads Your ads will appear On Bing And Yahoo!. This means that if we advertise on both platforms, we will be reaching more than 90% of the market share. Don’t you find it interesting?

2. POSITION OF THE ADS

It Is verified that 60% of the users ‘ clicks are carried by the first results shown. In This case Bing has a clear advantage over Adwords, because while the latter eliminated a few months ago the ads on the right side of the results, Bing continues to maintain this location. In short, Bing keeps the four ads at the top of the search results page, plus others to the right, all of this before displaying the first organic result.

Precisely because of the smaller number of Bing users compared to Adwords, many advertisers do not contemplate the option to advertise on this platform, so there is much less competition advertiser who bid for keywords. This translates directly into Lower CPCs in Bing. This means that if we have a well-worked and optimised campaign, we will be able to achieve much more attractive conversion costs.

After the deployment of expanded text ads, it appeared that standard text ads were numbered days. However, we have been several months in which the two formats are living without news that either of them will be eliminated.

The main difference between Adwords and Bing in this aspect is that the standard text ads in Bing have a single descriptive line of 71 characters, instead of the two lines of 35 characters they have in Adwords.

Although the difference is minimal, when the characters are scarce, it is something to keep in mind.

One of the biggest drawbacks when it comes to working on Bing, it may be that it is not able to incorporate negative keywords in broad agreement. On the contrary, it only allows to add negative keywords in phrase or exact matches. This seems a trivial detail, it is not because if you want to make a broad term, we must also include all its variations, even synonyms to make sure that we are not bidding for anything related to that term.

Both platforms base the calculation to determine the quality level of the keywords, by means of a formula that considers the CTR, that is, the relevance of the advertisements, the text of the advertisements and the relevance of the target page. However, because the formula is not exactly the same, Adwords and Bing quality-level values may not match.

In addition to the time to work on the keywords to improve this level of quality, Bing gives you a report showing a history of the quality level.

One of the main advantages that Bing has in front of Adwords, is the possibility to allocate monthly budgets.

But be careful! Bear in mind that Bing is not going to manage the budget on a regular basis throughout the month, but that the ads will be released uninterrupted until consuming the entire budget. This operation is similar to the accelerated publication selection in Adwords, which can assume that the allocated budget is finished before the end of the month, so we could be wasting key days of the month, according to the niche market in which we are .

Finally, it is important to remember that since Google hoards 70% of Internet searches, the budget allocation of your budget between the different platforms, must also follow this percentage. The bulk of the investment should be in Google Adwords, because that is where most of your customers are. And a smaller part, assign it to these new recruitment opportunities that Bing offers. If you have been wanting to know more, in this post we explain all you have to know about Bing.

Bing is thus presented as an opportunity to diversify the advertising investment in search engines. What do you think? Do you feel like advertising on Bing?